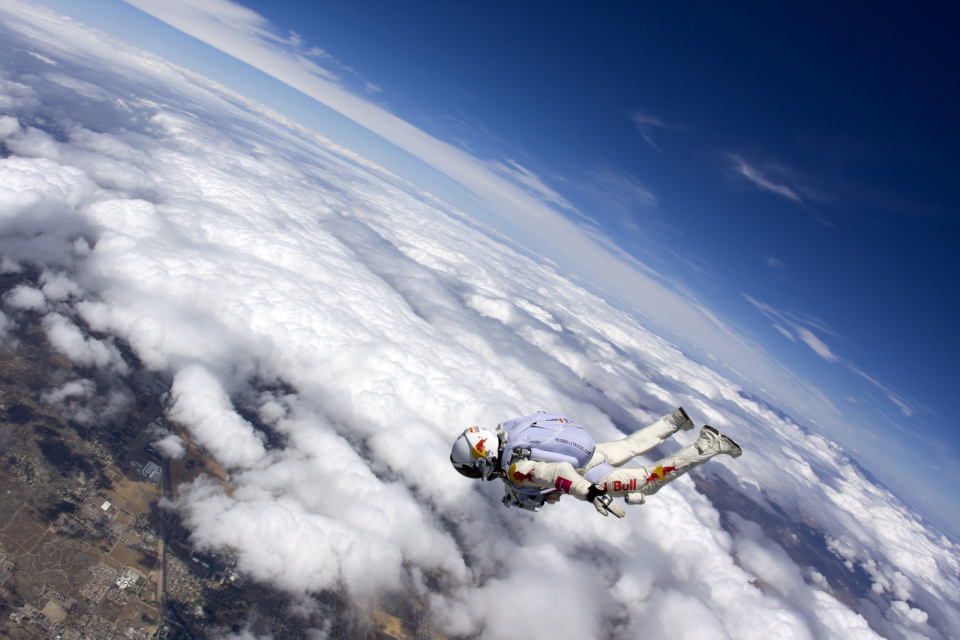 Today a world record was set for the highest skydiving jump by Austrian extreme athlete Felix Baumgartner. A couple days ago the just was thwarted by high-winds, but today the skies were clear.

What was a huge record for the books was also a huge hit for energy drink company, Red Bull. The company engaged over 7 million people via social media and that is only the start of it. From this amazing stunt sponsored by Red Bull, we can take away several key lessons as marketers. Maybe your next campaign will be the next world record!

What made the Red Bull Stratos jump such a success as a marketing stunt was the fact that it broke records. The team positioned the mission as a mission to the edge of space. Felix Baumgartner set off to break several records today. Baumgartner hoped to break mach 1 speeds of over 760 mph and break the world record for longest freefall held by Joseph Kittinger. Since the claim was so outrageous and unique, people from around the world tuned in to watch Baumgartner jump LIVE from the stratosphere today. More than 7.1 million people tuned in to watch the live jump on YouTube, setting an Internet video record.

That’s a lot of people that will talk about the Red Bull brand and amazing world record.

Social media played a HUGE role in the success of this campaign. Briefly mentioned in lesson 1, over 7.1 million people tuned in on YouTube to watch the jump. Tweets are pouring in for #stratos and the @RedBullStratos account. The team encourages viewers to ask questions via their Facebook and Twitter pages. The Red Bull Stratos page already had over 576,000 likes.

Instead of asking users to contact via email, encourage the public to use social media! It’s a much more open form of communication that is being widely adopted by younger and older generations.

Talk about engaging the audience!

As guerrilla marketers, we are often trying new and sometimes risky marketing stunts. There have been several guerrilla marketing fails over the past couple years that made people a lot more careful. I ask, what’s the fun in that? We must continue to push boundaries and break away from the usual into the unusual. Try things that have never been done before. As Felix Baumgartner did today, just jump.